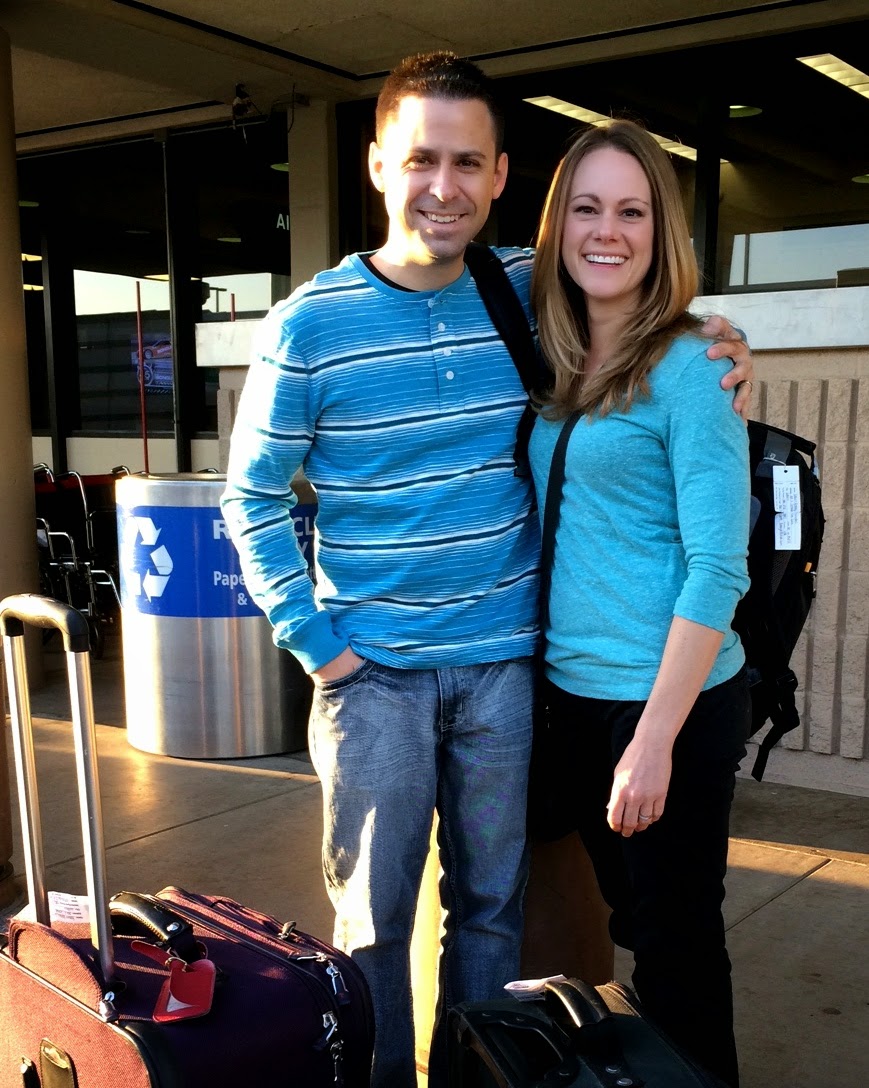 ...hello Chipotle Dulles.  It was very important that I continue my tradition of eating a large Chipotle salad prior to departing the United States and this time was no different...and no less wonderful tasting, too. 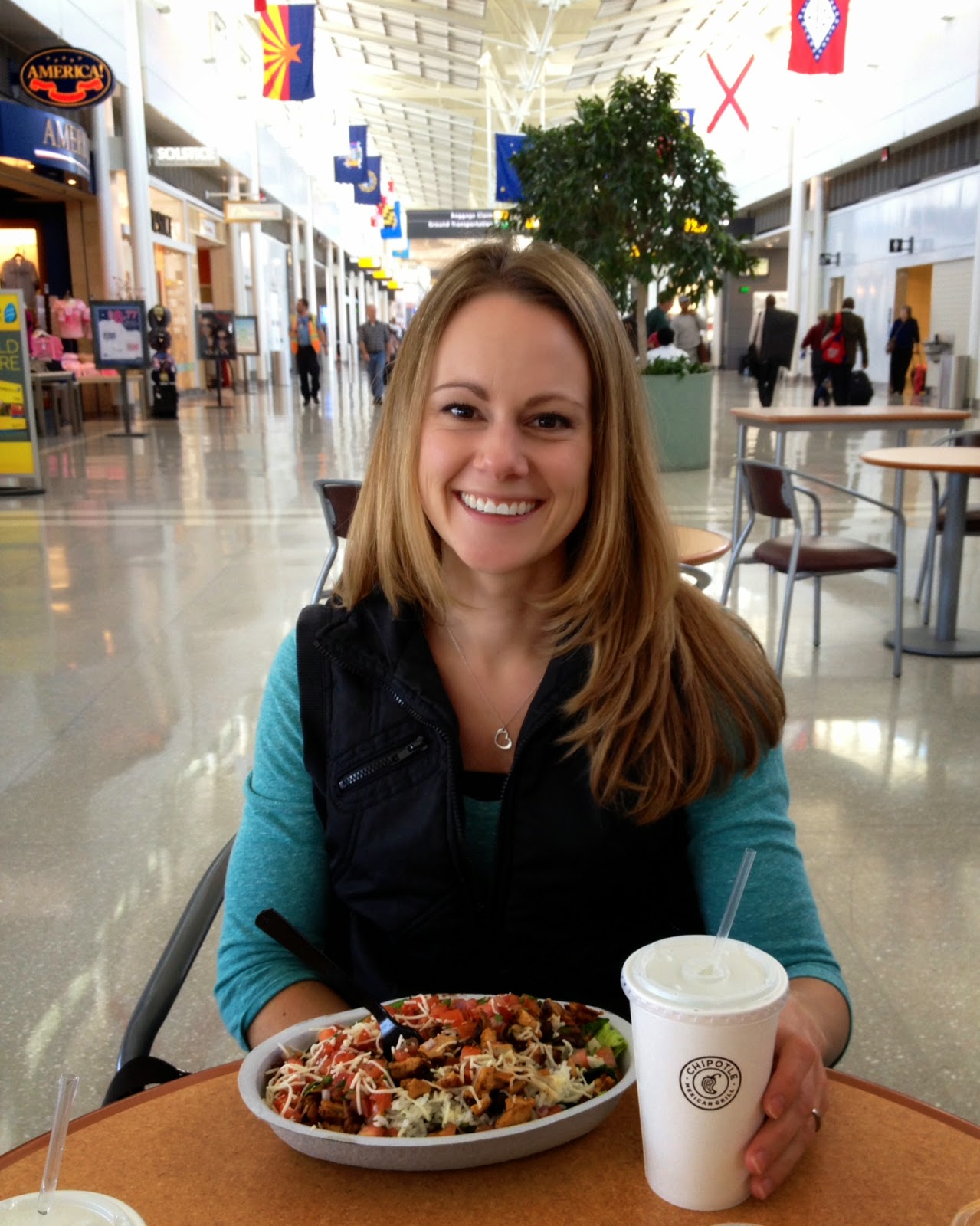 From Dulles to Frankfurt
After 25 total hours of travel time, we arrived safely back in our apartment in Cherkasy.  It's a little strange when traveling from Phoenix to Cherkasy, Ukraine begins to feel completely normal, as though it's just something we do regularly.  But I've now been here 3 times in a span of just 3 months so I do believe that has something to do with the familiarity factor.  It gets easier and easier to not only do the travel, but to be here in general.  Easier from the standpoint of navigating through things on this side of the world, not at all easier in leaving our girls behind.

We've been settled in here now less than 24 hours and already we've visited our favorite spot the Patisserie Makarun twice.  Currently, that's where I sit typing.  As our dear friend Christine put it, this place is an oasis. 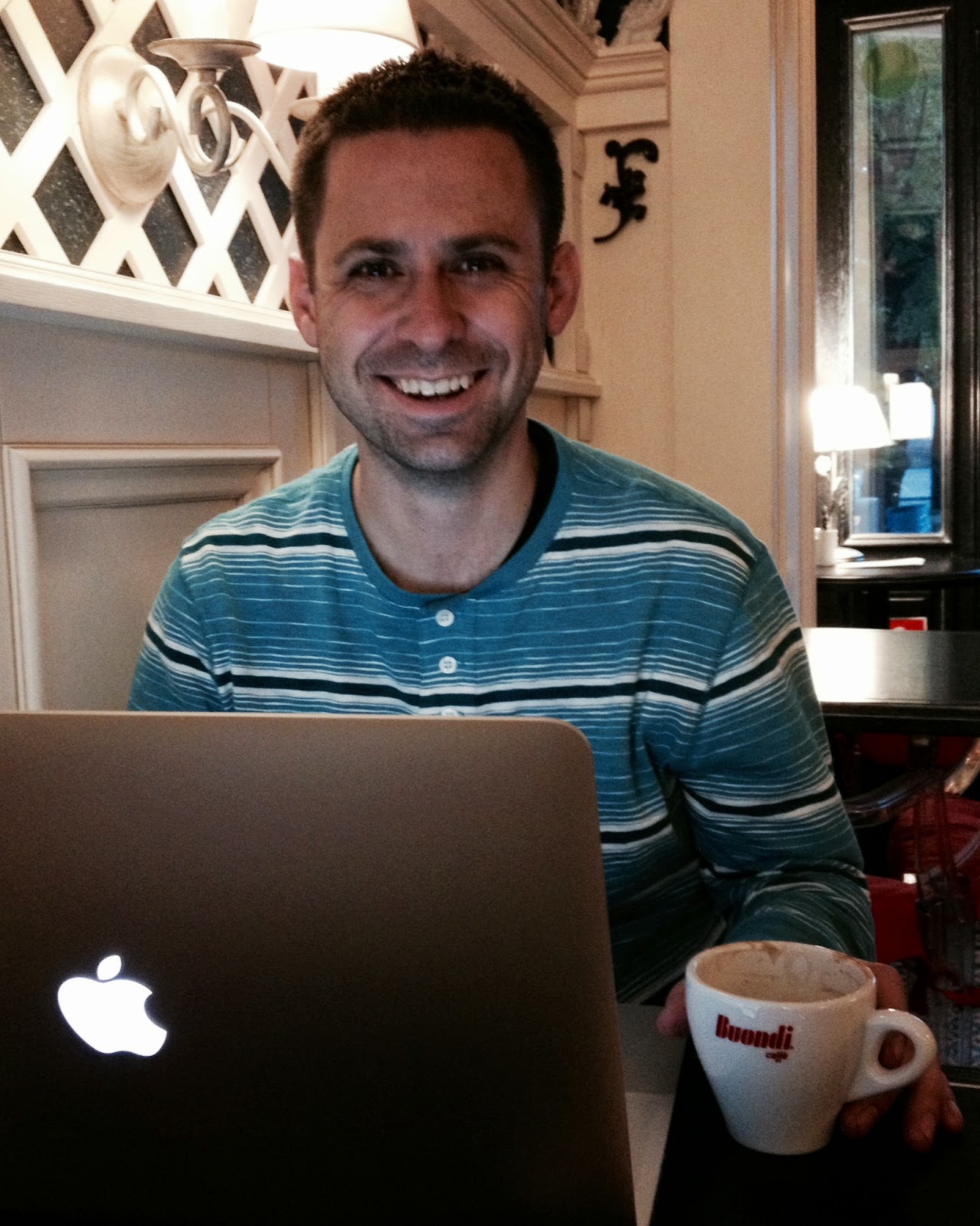 This time upon arriving to Cherkasy, planted by the sign that says "Hello Cherkasy", there were multiple armed men carrying some sort of automatic rifle.  Interesting, but given the current political situation, not surprising.  They were not here last time, but things have heated up since we left.  We think they are most likely pro-Ukrainian activists as they resembled many of the men we saw in Kyiv on Maidan.

We stopped by the orphanage to pick up the key to our apartment.  The apartment is owned by a friend of Maria's (the orphanage director).  They graciously allowed us to keep many of our things in the apartment while we were away (and I am happy to report they were all still there when we returned).

While in Maria's office, she called for the kids to be brought in.  We heard a knock, Maria responded "Da" and they were let in.  It was apparent they were not told we had arrived yet.  It was fun to surprise them.  We didn't anticipate getting to see them until today.  For all of about two minutes we exchanged hugs and hellos before they were escorted back to their groupa's room.

Sergey drove us to the apartment where we got all settled back in.  The apartment really is starting to feel like a home away from home.  Never thought I'd say that about an apartment in Ukraine of all places!  My how my life has changed!

We were thankful for a great full night's rest last night and look forward to our first 3-hour visit with the kids this afternoon.

Tomorrow is a big day.  Court is scheduled to begin at 9:00am.  We are hopeful that we will pass court and anticipate walking out of the courtroom to celebrate with our new son and daughter.  At that point we will have a 10 day waiting period during which time someone could contest the adoption.  This is standard procedure and while we do not expect any issues, until that court decree is in our hand these children are still not officially ours.

Please, will you join us in praying that all will go well and that most of all God would be glorified in the process?  Please also pray that God would guard our kids' hearts as their "story" is read during court, parts of which there is a chance they've not heard before or for quite some time.  Pray that God would put peace in each of their hearts as they could experience many emotions tomorrow and in the days to come as this becomes more real to each of them.  Thank you for all for walking this journey with us and coming alongside us in prayer.

Speaking of emotions, there has been quite the flood of them here in my own little heart.  Leaving the girls this time brought about just a few.  Oh.  My.  Goodness.  I guess it's partly the reality that when I see them the next time, two other people will also be calling me Mom.  Partly it's knowing that their lives are going to change a lot and they have no way of comprehending that...nor do I for that matter.  You could say it's no different that bringing home a brand new baby from the hospital.  I've done that though and I'm going to go out on a limb here and say that it's gonna be way different.  Two 10-year olds each with 10 years of life experiences of their own, who speak (maybe not all English yet, but still), who walk (and run and bike and play basketball), who think for themselves.  Yep, a newborn looks really easy.  But here's the funny thing, you could do nothing to convince me of a need for a newborn...nothing.  Two ten-year olds though, no convincing needed.

Anyway, I digress.  Last time when we hit the two week mark of being gone, the girls really started feeling it.  It was evident in many ways and it made me sad.  That made it hard leaving this time, too, wondering if that point will come earlier this time around.  Thankfully at just two days into it, things are still going well.  My parents are pretty much superstars to do this for us again!  So blessed by them.

As if just caring for the girls isn't enough, my mom has also willingly volunteered to continue the decorating that I didn't have a chance to complete while we're gone...

Thank you, Mom and Dad, once again for loving us and our kids (all four of them) enough to make the sacrifices you have made and are making that allow us to be gone for so long.  You are a picture of great love and we are grateful beyond measure.
at 3:07 AM