Today marked a big day for us.  March 11th is the date we have been waiting on since last June when we began this process.  Just over two weeks ago we were informed that our first SDA appointment would be today.  And here we are already.  Hard to believe this is real.

Igor (our facilitator) picked us up at 8:30am for our 9:00am appointment.  We had some spare time once we arrived and the building was not yet unlocked so we grabbed some espresso from the local mobile coffee shop.  And by mobile I mean these guys have little coffee bars built into the backs of their cars.  Great coffee...and cheap!

With a little caffeine boost, we rounded the corner to the infamous, unmarked "side door" of the building where the SDA is located.

In the case of the SDA building, it would be accurate to make the assumption that the unimpressive outside door leads to an equally unimpressive "waiting couch." 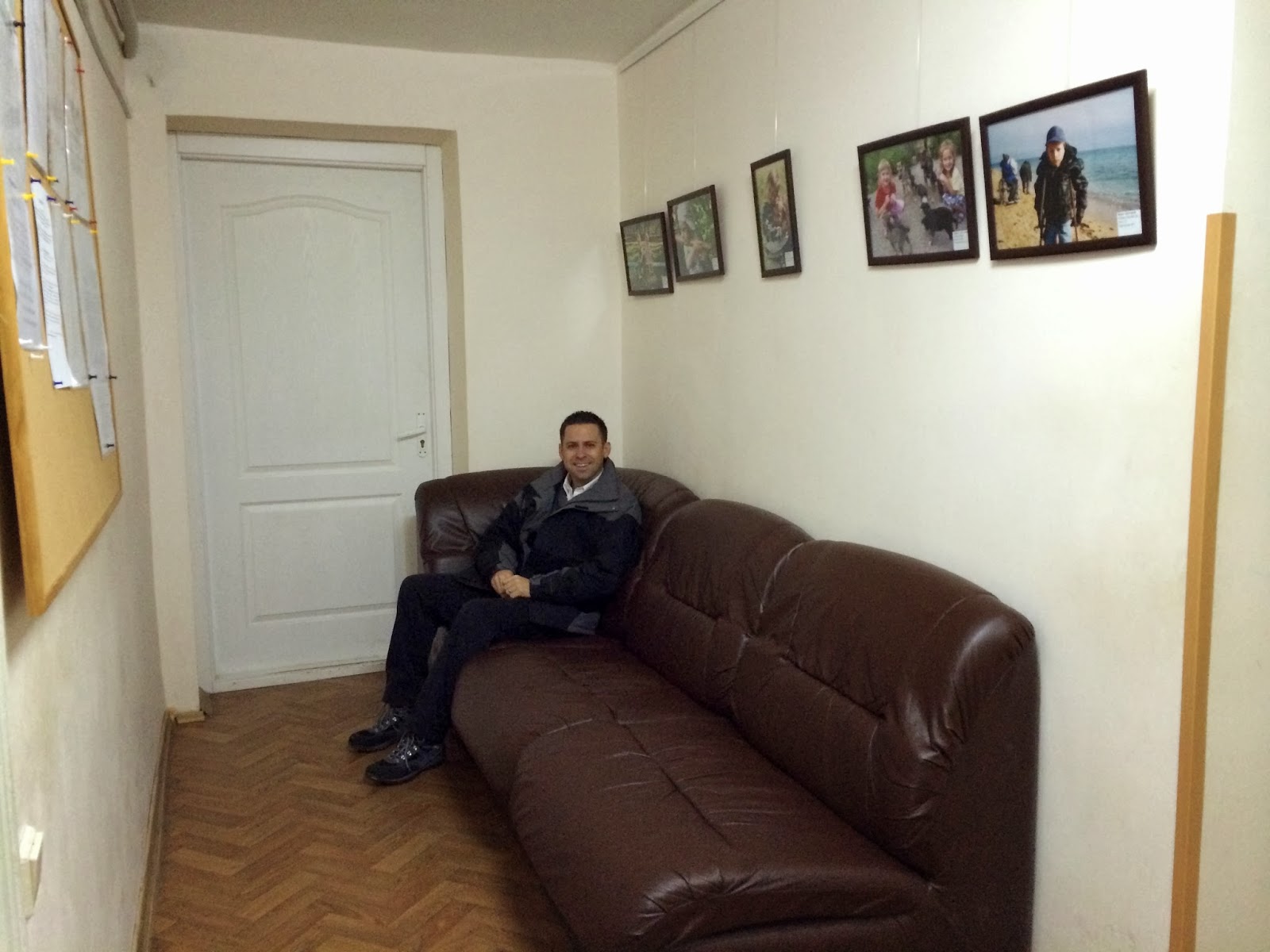 We waited here for about twenty minutes before being escorted into an also very plain room with lots of binders marked by year, a couch, a table and a woman named Olga.  It was here that the files were pulled for both Kate and Max.  We learned a little of their histories, how long they've been in the "system," the status of their parents, etc.  And we got to see pictures of their sweet faces from younger years.

Once we accepted the referral given to us for Kate, we promptly signed our names in the ultra high-tech composition-like notebook.  That's right folks, there is no electronic paper trail of any sort going on here.  Just a whole lot of binders and page protectors.  Honestly, it is really quite comical to think that any of this gets pulled off...ever.

Within ten minutes we were done for the day and given instructions that we would return tomorrow to pick up our referral paperwork in preparation to travel to the region where the kids are and begin the process of moving things forward there.

We will have to return early next week for a second appointment to accept the referral for Max.  The referrals are given in two separate appointments for unrelated children.  Not sure why, but I'm not sure why they don't use computers either and I'm not going to question them now.

Given the characterless nature of the entrance to the SDA, the natural assumption would be that the surroundings match.  They do not.  Here is the view from that same drab door.  This is St. Andrews Church.  I think it redeems the gray door. 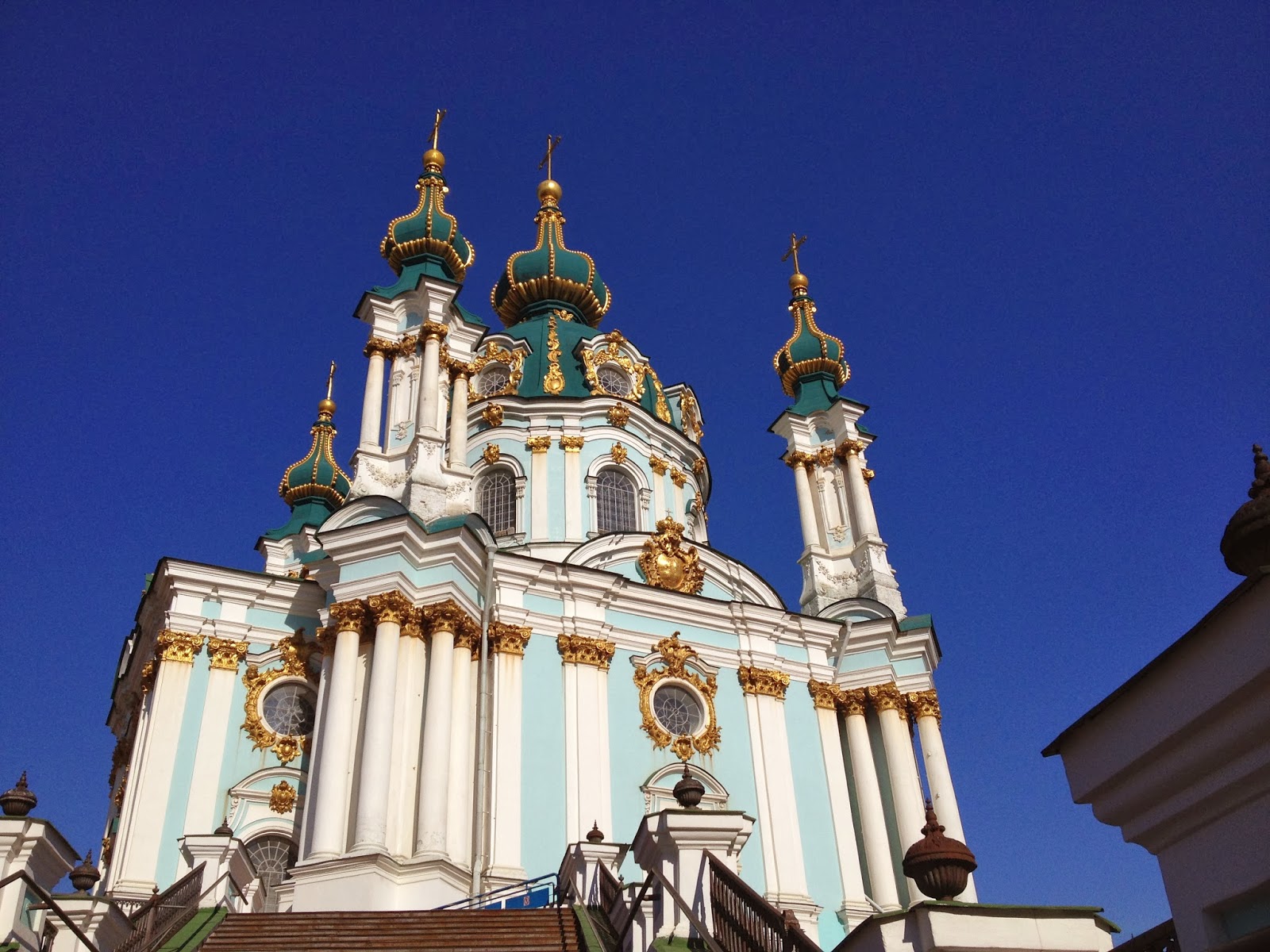 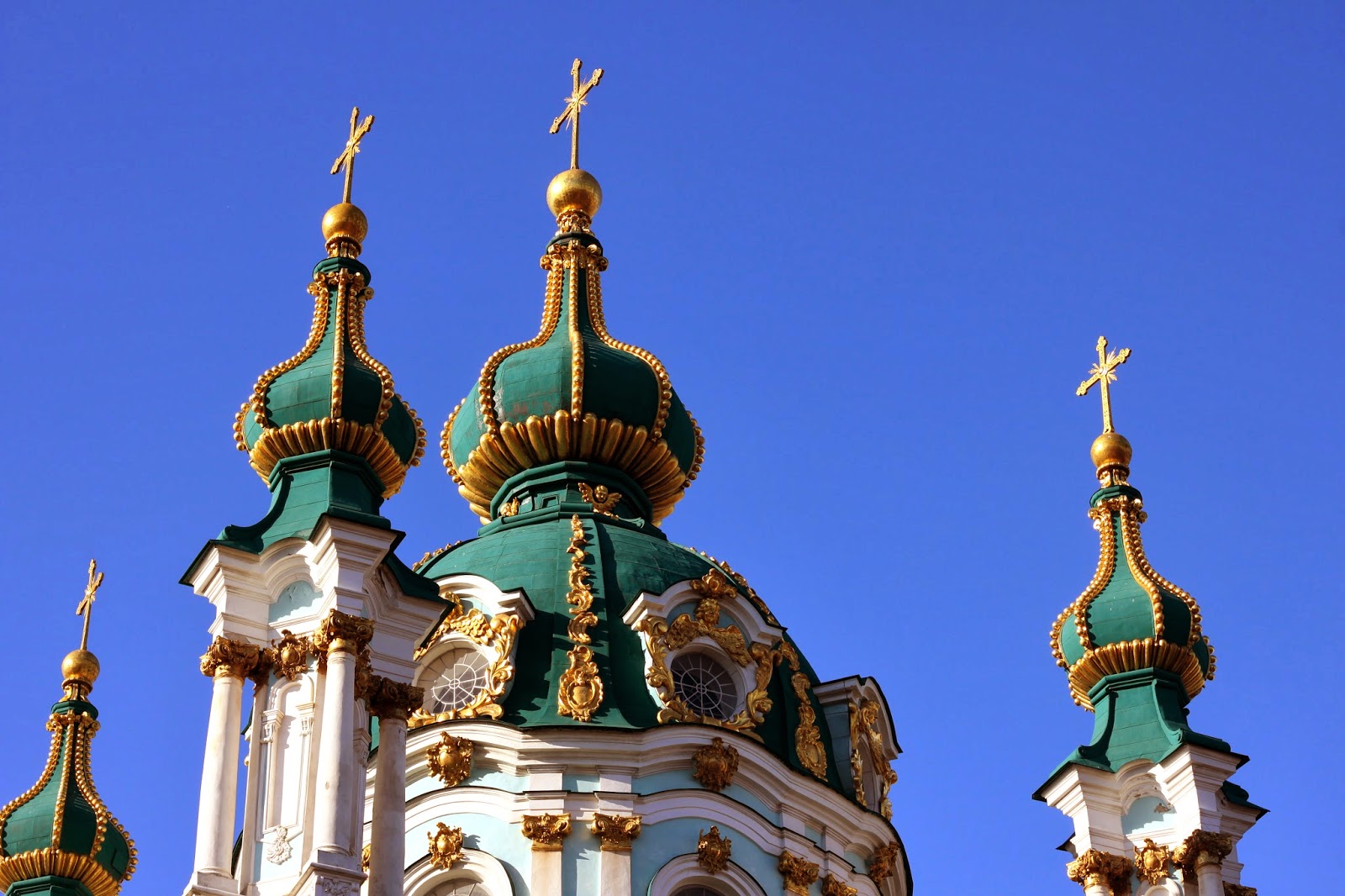 After a successful first SDA appointment, we spent some time roaming the streets with Jason and Kim.   We found fine dining at a local "food truck" of sorts.  Actually, the gyro-burrito-like wrap we got was wonderful.  Tons of food for next to nothing. 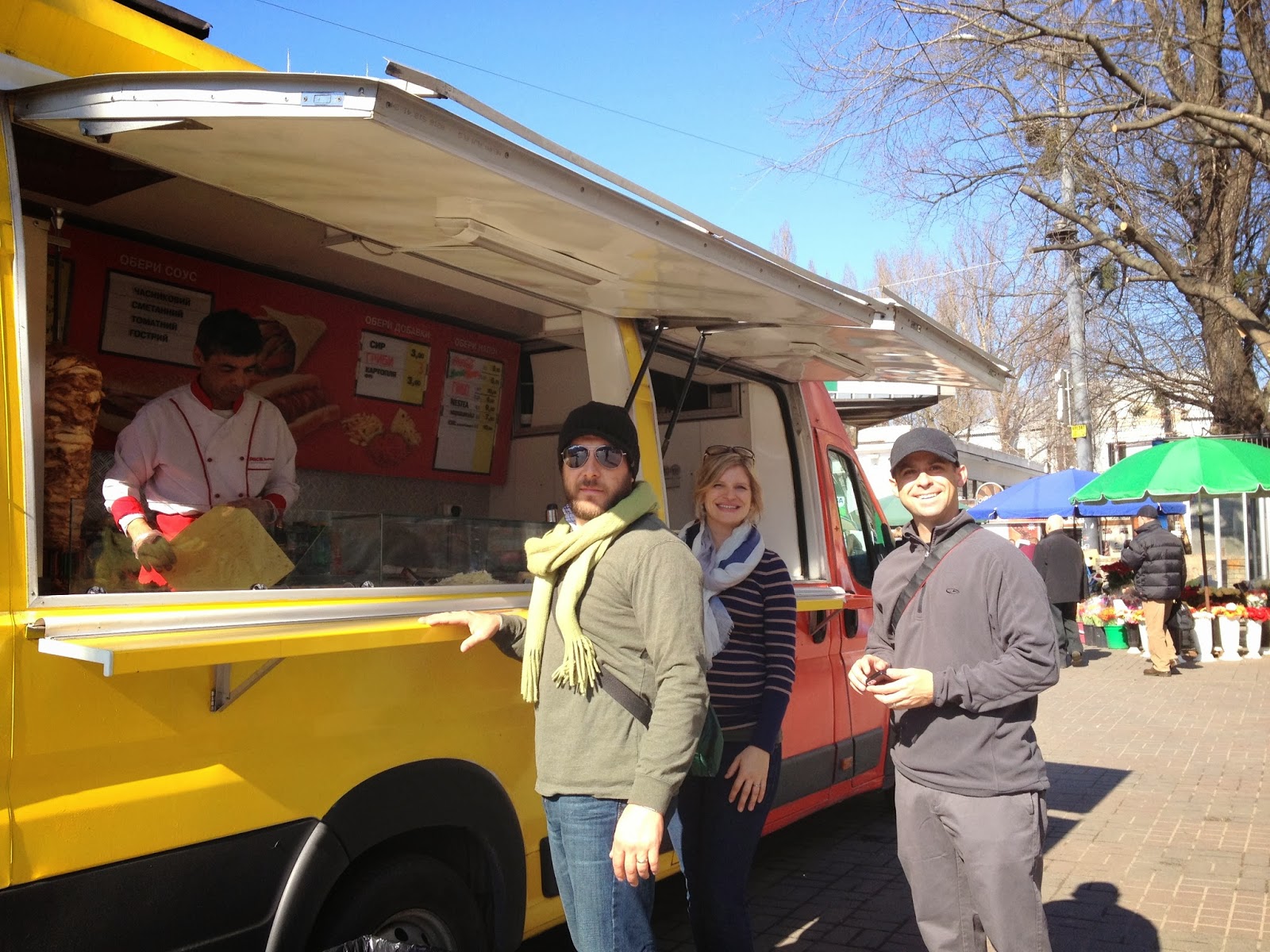 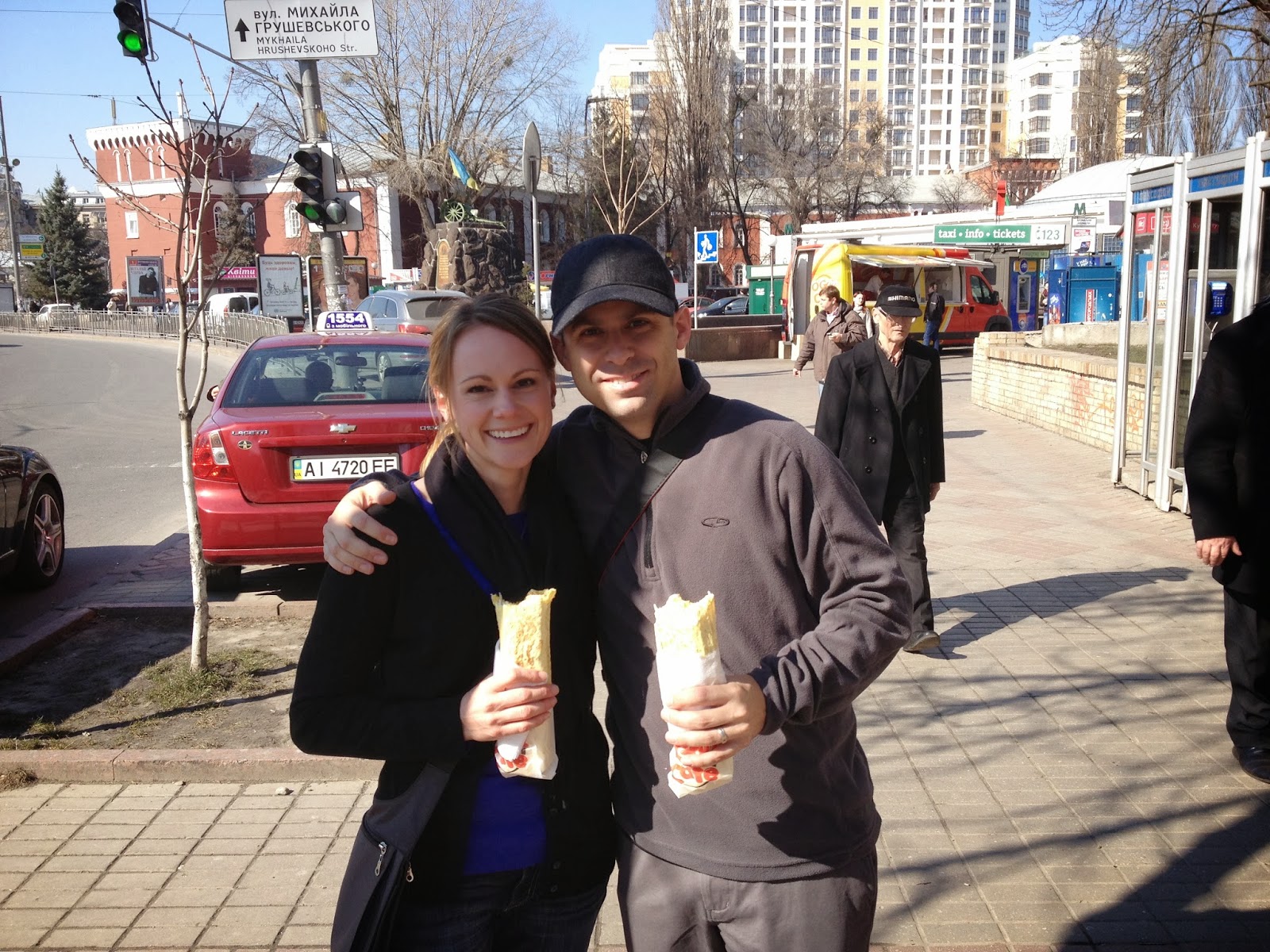 From here we walked to the Holodomor Memorial.  Holodomor means "death by starvation" and refers to a great famine that occurred here between 1932 and 1933.  Essentially, this was an intentional genocide caused by the USSR.  It was very saddening to read about the devastation this caused, the effects of which still linger. 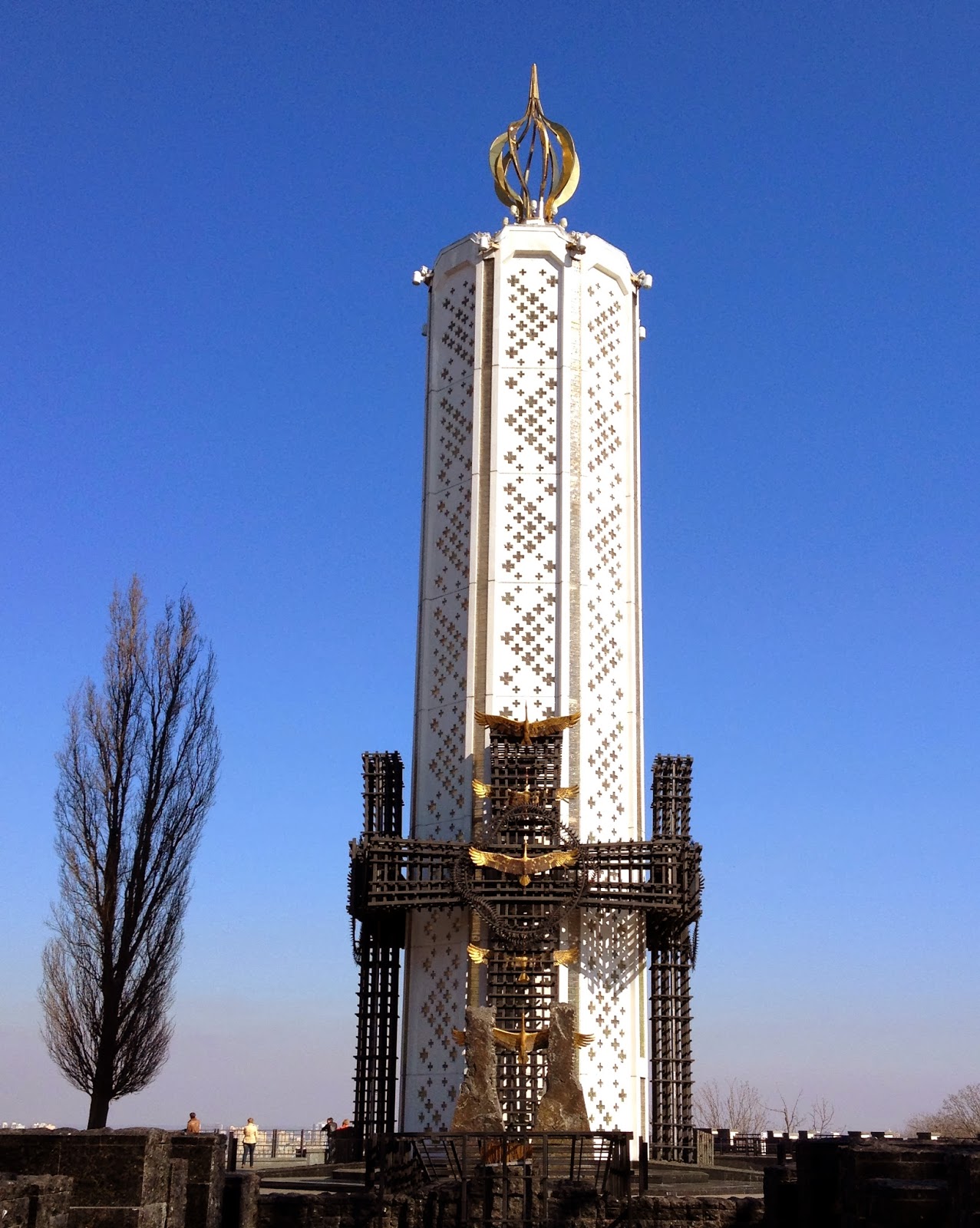 Next door to the Holodomor Memorial is the Kyiv Pechersk Lavra Monastery so we made that our next stop thanks to our wonderful expert tour guides who have already seen many of the sights during their time here. 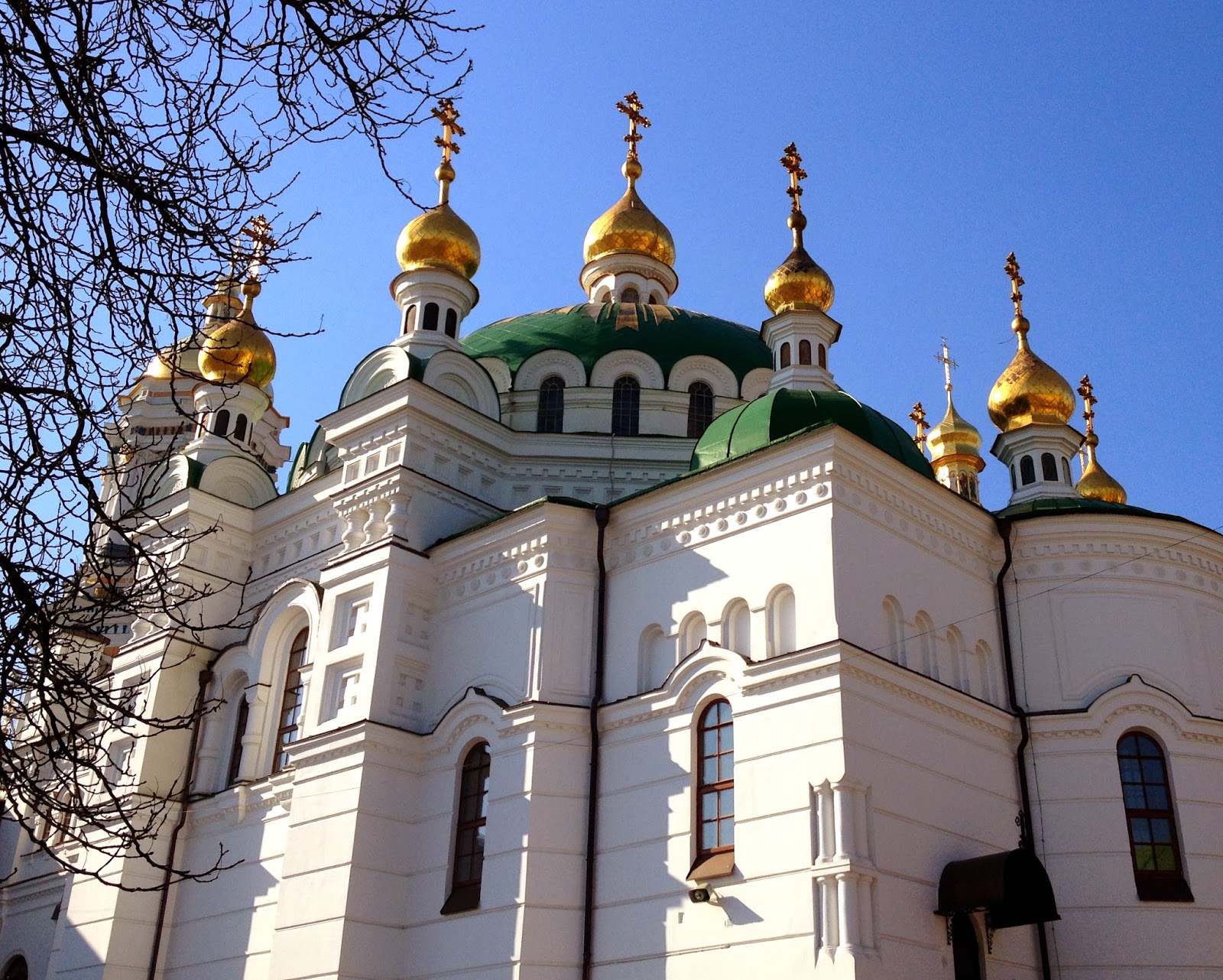 One of the highlights of this monastery is the caverns that contain the catacombs of dozens of priests.  It was mostly creepy, but quite interesting at the same time.  I'm fairly certain nothing comparable exists in Phoenix...and that's okay with me.  Prior to touring the caverns, however, Kim and I had to don head coverings and skirts.  Thankfully we had scarves with us and they provided the beautiful skirts.

Our day was not complete until we gathered some necessities at the local market and cooked Chicken Kiev for dinner.

Tomorrow we will pick up our referral paperwork and get ready to head to region Thursday morning when we'll get to see the kids for the first time since being here...which also means Adam gets to meet his son for the first time!  Stay tuned...