How did you hear of the orphan hosting program?  What does it meant to host an orphan?  How did you choose the child you wanted to host?  What fears did you have prior hosting?  How did you communicate with your child?  How has hosting changed you and your family?  How are you feeling now that Kate is gone?  What are your plans now that Kate has returned home?

The above are all questions, or variations of questions, we received both prior to, in the midst of and after hosting.  I thought I would take some time to give some insight into what hosting an orphan is all about by answering some of the questions we were most commonly asked.

How did you find out about the orphan hosting program?
I was told about the program by my dear sister-in-law.  She's pretty much amazing, by the way...just in case you didn't already know that.  Anyway, this is the text I received from her back in April. 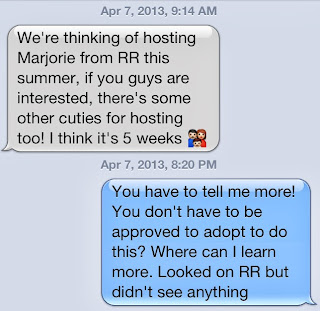 Clearly, I had never heard of an orphan hosting program.  So I knew research had to be done!  I was directed to the website of God's Waiting Children where I read a bit about what it means to host an orphan.  I also visited their Facebook page, sent an immediate email to Laurel to find out if the fact that we lived in AZ eliminated us from the possibility of hosting with her organization which is based in CA.  When she responded with, "No, not at all as long as you are willing to travel to come pick your child up when he/she arrives in CA."  That wasn't a problem for me so my next question to her was, "We are planning a family vacation to San Diego during the month of the hosting program.  Can our host child travel with us?"  To this she responded, "As long as you don't take the child out of the United States you can go wherever you would like."  I remember thinking, "Could it really be this easy?  How in the world does a group of young orphans get on a plane and fly halfway across the country to live with random families in the United States?"  Honestly, the concept was something I was having a hard time wrapping my mind around.

Then I ventured over to the God's Waiting Children Facebook page where I discovered the photolisting of all the kids who were part of the group traveling to the United States for the summer hosting program.  After seeing her face, I don't remember reading much else... 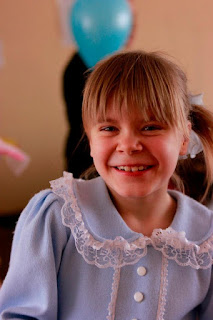 I didn't need to see any other faces once my eyes met with this one.  I was done.  Done as in "Where do we sign up because we need this girl to come live with us."

Only problem at this point was that it was more like, "Where do I sign up?"  So that needed to be changed to a "Where do we sign up?"  Enter multiple conversations and prayer over the next several days until one night while sitting in bed, Adam said "Let's do it!"  I think I might have emailed Laurel that very evening asking for whatever paperwork we needed to complete.

Over the next couple of days it became a done deal.  A precious 9 year old little girl, and a complete stranger, would come live with us in July.  Not exactly the norm around here, but it was another Yes moment...a done deal. 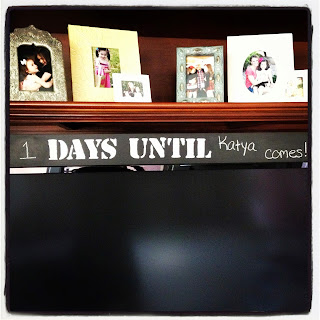 What does it mean to host an orphan?
It was explained to us that in some countries orphanages shut down for a portion of the summer and during this time the children are sent away to "camps."  But not exactly of the same caliber of summer camps here in the United States.  An option for some of these children is to come to the United States for a "vacation" of sorts.  This would provide, for many children, their first and only opportunity to be part of a family in the way God intends.

When you agree to host, you agree to welcome the child into your home and essentially treat them as your own for a period of about five weeks.  You are responsible for providing for their basic needs such as food, shelter, some clothing, and an abundance of love.  The greatest of these is love. 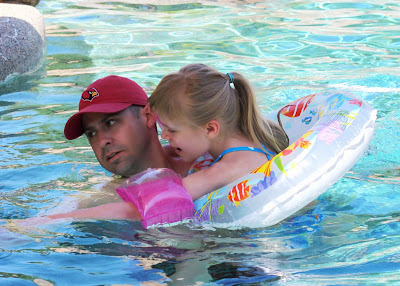 Love: a gift that is freely offered to us and is free to give away to another.

What fears did you have prior to hosting?
Honestly, my fears were very minimal before hosting.  I had no idea what to expect, but strangely I felt okay with that which is completely not the nature of my "like to be in control with clear expectations" personality.  I knew God would handle the details of the things I didn't know and since there was so much I didn't know it was a lot easier to let Him take care of it all!  It became for me a lesson in trusting God with the consequences of obedience.  If I say "Yes", then I have to also trust Him with His plan and let Him lead each step of the way. 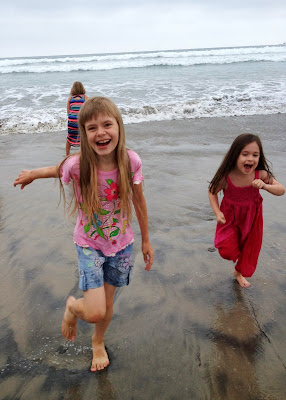 How did you communicate with your child?
Charades.  Ever heard of it?  I passionately dislike that game, but sometimes you've just got to do what works.  And really, it does.  Amazing what you can communicate via strange sounds, gestures, hand motions and pointing of fingers.  Second to Charades was Google Translate.  Love that app.  Especially when you learn from someone who speaks her native language that each time you've told your child you're going to "Grandma and Grandpa's house" you've actually been telling her that you're going to "Grandma and Grandpa's building."  Lovely.  Don't even want to know what else was translated incorrectly.  Perhaps that's the explanation for some of the very puzzled looks we received from Kate as she read from our phones.

Finally, when Charades and Google were inadequate we relied on our amazing team of translators.  We were blessed with a list of folks we could call day or night to communicate things to our girl that we just couldn't with an iPhone app.  Late really developed a friendship with one of our translators over time and she would call her just to chat on occasion.  She would tell her every little detail of her day, including why Grandpa didn't order anything to eat when we were out to dinner one night.  Amazing what you come to understand after eavesdropping into conversations day after day.  I am extremely grateful to Kate's favorite translator, Yana. who served us by providing the one thing we can't yet give to Kate...the ability to speak the same language verbally.  A voice.  That is a powerful thing for a 9 year old girl who loves to talk...a lot. 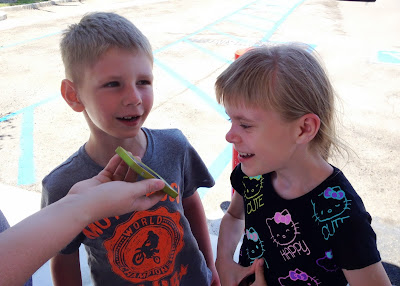 Portrait of a typical phone call with our beloved Yana sharing their daily adventures.

How has hosting and loving an orphan changed you and your family?
God has brought to life the picture of adoption that He paints for us in His Word.  It wasn't until I began to love this little girl without knowing if that love would be returned that I began to understand, on some very small level, the love that God has for His children.  God pursues and pursues and pursues again His wayward and selfish children.  So, too, I learned that I have to be able to love without expecting that love to be returned...to selflessly love with abandon.  I didn't do it perfectly and know I never will, but I have a new appreciation and deep awe for the God who chose to pursue me despite me being so unlovable.  Pouring out love like that is true freedom.  Being reminded that any rejection I may feel is only a fraction of the rejection that K has known since birth.  I don't know rejection like she does and this alone gives me great reason to pour into her grace and mercy and unfailing love. 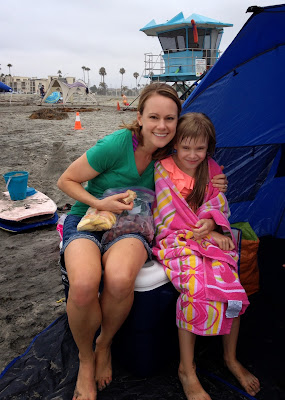 There's one more question I still need to answer, but I need to save that one for another day.

What are your plans now that Kate has returned home?
to be continued...

Email ThisBlogThis!Share to TwitterShare to FacebookShare to Pinterest
Labels: hosting